A charming block of flats dating back to 1934 uses geothermal energy for heating and cooling. The residents are pleased with the reduced heating costs and the comfort offered by geothermal cooling in hot weather.

‘The property manager contacted me in 2010 and told me that our building’s district heating distribution centre was coming to the end of its lifecycle and would need to be replaced,’ says Jari Kajas, chair of the board of Kivelänkatu 1 B housing association. A new distribution centre would have cost €20,000, which seemed like a lot of money, so Kajas began looking for other options.

‘Because no other blocks of flats in Helsinki were using geothermal heating at the time, I decided that our building could be the first one,’ he says laughing.

‘After having been contacted by the property manager, I began to prepare a proposal to the board, which reviewed it in May 2010,’ Jari Kajas says. In addition to that, he also compiled a thorough information package about geothermal heating for the shareholders of his housing association.

A general meeting was held in early June 2010 to decide on the matter, and all but one shareholder were in favour of the proposal. This shareholder presented calculations which showed that investing in geothermal heating would actually be more expensive than district heating. However, Kajas asked to review the figures and subsequently found them to be incorrect. In fact, the corrected figures indicated that geothermal heating would result in a 40% saving on the building’s annual heating costs. Therefore, when the calculations were again discussed at the next general meeting at the end of June, the proposal for changing over to geothermal heating was unanimously approved.

Jari Kajas initiated the planning and permit process. Unfortunately, the block of flats in question is part of a building complex underneath which the City Rail Loop’s Töölö station was to be built. This meant that the city’s detailed underground plan was initially preventing the city from granting a permit to drill the geothermal wells. However, a short time later the housing association learnt that the station’s location had been changed. In May 2011, the City Rail Loop’s planner gave their assent, and in November the city granted a permit for the drilling.

In addition to the city’s permit, permission from the neighbouring housing association was needed for the drilling, because the wells would run below it, deep underground.

After this phase, an invitation for tenders was sent to geothermal heating companies. The winner carried out the drilling between 20 and 22 December 2011. However, first the building’s 1930s power supply cable had to be replaced with a thicker one and the main switchboard needed an upgrade. This work was conducted from February to March 2012, and the geothermal heat pump was switched on in early April. At a general meeting a month later, in May 2012, the shareholders decided to use geothermal cooling to cool down the flats as well. The installation of the pipes, embedded in the stairwell walls, and the fan coil units in the flats was completed only a few days before the heatwave of summer 2012.

According to Jari Kajas, the geothermal heating project took around two years and two months from start to finish. However, without the complications caused by the City Rail Loop station in Töölö, this could have potentially been reduced to roughly six months from when the property manager first contacted Kajas.

‘At the end of the first calendar year after our geothermal energy project, I compared our heating bill with the neighbouring housing association’s one, as the buildings are identical in all aspects apart from heating. We had saved 40% in comparison to our neighbours – exactly the amount that I had stated in my proposal when our housing association was deciding on the new heating system,’ Kajas says, sounding happy.

His calculations show that in the last few years the price of district heating has risen even further, and therefore the Kivelänkatu housing association has saved as much as 50% in heating costs.

‘The savings are directly reflected in the shareholders’ charges for common expenses, as heating is the single biggest expenditure in a block of flats,’ Jari Kajas says and wonders why few buildings are taking advantage of this great potential for making a saving.

The geothermal cooling system, including the flat-specific cooling units and pipework, cost the housing association approximately €57,000. However, this was less expensive than district cooling would have been. Furthermore, the investment has also paid off because it will extend the geothermal heating system’s lifecycle and improve its benefit-cost ratio. In the summer, warm air is transferred from the flats into the bedrock, where it will be stored until being used for heating during the next season.

‘The main reason for housing associations to adopt geothermal heating is the saving in costs,’ says Jari Kajas and recommends that others monitor the price trends of district heating and make their own calculations, which will speak volumes. 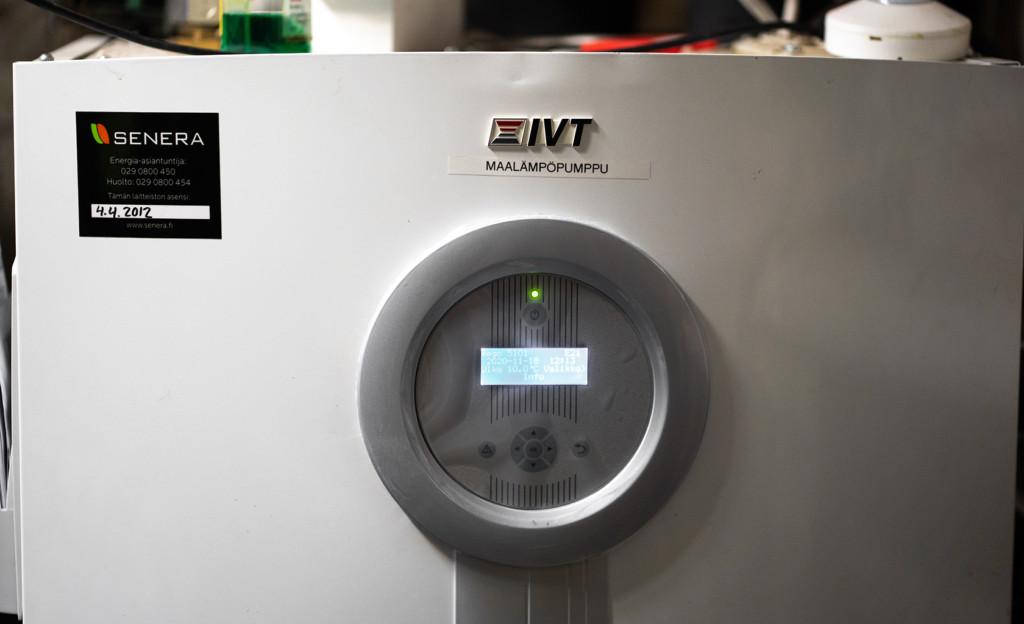 Is a geothermal heating project expensive for the residents?

The housing association applied for project funding from the Housing Finance and Development Centre of Finland (ARA), and these funds covered 15% of the costs. In addition to this, the association took out a loan from the bank.

‘With the new system in place, our heating costs dropped immediately. We used the money saved to pay back our loan and the interest, avoiding the need to increase the shareholders’ charges for common expenses. In fact, we even lowered these charges initially and managed to pay off the loan in two years,’ Jari Kajas says, debunking the myth that a project like this is by default costly for the residents.

Now is a good time to apply for financial support from ARA for geothermal heating projects, because in 2020–2022 it is granting subsidies for renovation work that improves residential buildings’ energy efficiency. For example, housing associations may apply for subsidies to cover their geothermal heating and cooling systems’ construction costs, if certain criteria are met. Currently, 25% of the actual costs of geothermal heating and 10% of cooling may be covered with subsidies. Furthermore, ARA is currently covering 50% of all the planning and energy performance calculation costs. Kajas encourages housing associations to apply for these subsidies, but reminds applicants to take care when checking the application rules and making their cost-benefit calculations in order to qualify.

Nominate a person from your housing association to study the geothermal heating project carefully and inform the other board members. Once the board has reached an agreement on the matter, provide the rest of the shareholders with a comprehensive information package, because all decision-making must be based on accurate information.

Distributing information to residents is important

Completing a project like this successfully requires tenacity and distribution of accurate information. Good communication skills play a major role too, because all the housing association residents must be informed of the facts.

Jari Kajas would like the city to create a basic information package that housing association boards could use and share with their residents. This would allow the decision on the heating solution to be informed and prevent housing associations from backing down due to being overly cautious.

‘We were easily able to assess the benefits of geothermal heating by comparing our results with the identical building next door. However, not all housing associations have this option. Determining the benefit-cost ratio is difficult, because no single formula accepted by all parties exists in the geothermal heating market. Therefore, it would be good if the city could give unbiased guidelines on how to calculate the costs and benefits, so that housing associations could complete these projects more easily,’ says Kajas.

In 2020–2022, ARA is providing financial assistance for energy refurbishments

Could an energy refurbishment be possible in your housing association? More information is available at hel.fi/energyrenovation.